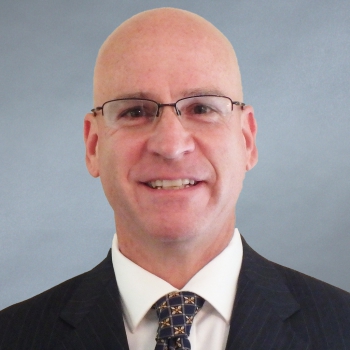 Brett Nelson was born and raised in Manchester, NH, having graduated from Memorial High School in 1986. After a brief time in the U.S. Navy, Brett returned to NH to begin his career as a firefighter, following in his father’s footsteps. During the last 23 years in the fire service, Brett has obtained an AAS in Fire Protection from then NH Technical College-Laconia, a BS in Occupational Safety from Keene State College and an MPA in Emergency Management from Anna Maria College. For the last eighteen years, Brett has been employed by the City of Portsmouth Fire Department. Early in his career with the city, Brett became licensed as a Paramedic and five years ago was promoted to the rank of Lieutenant. He is currently assigned to Engine 3, which is quartered on International Drive. (Pease Tradeport) As do most career firefighters, Brett has always had a second job. For over 25 years he was a carpenter, which progressed into owning his own residential building and contracting company. As the second full-time job took its toll both physically and mentally, Brett looked for something new. With a building background, as well as conducting building inspections with the fire department, home inspection seemed like a natural progression. After being put in contact with Dennis Williams through a mutual friend (thank you Linda Tuttle of Tobey and Merrill Insurance) and meeting Daryl Justham, Franchise Owner of Housemaster, his days of banging nails and dealing with capricious clients were over. Brett has been with Housemaster for almost two years and works part-time 2-4 days a week. He is licensed as a NH Home Inspector, is a certified NRPP Residential Radon Measurement Provider and has completed the NH Granite State Septic System Evaluator Program. Brett resides in Newmarket, NH with his Fiancée Stacey and two chocolate labs, Tucker and Brady. During his little downtime, he enjoys spending time with family and friends, traveling and many outdoor activities.