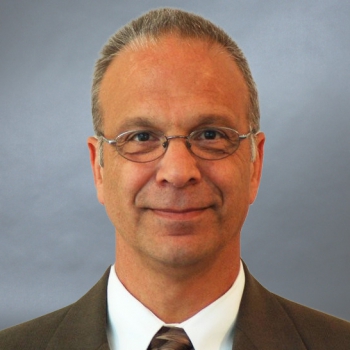 Frank was born and raised in Wethersfield Ct, where as a child he had a passion for understanding how things work, understanding people and flying.  As a child, he was always taking things apart to see what makes them tick and growing up near a small airport he could always be found with his eyes on the sky watching in fascination as the small aircraft flew overhead dreaming of flying himself one day.  He formed a friendship with an older man by the name of Charlie from next door and learned from him the value of age-old wisdom and having the ability to see things from a different perspective. Throughout his school years, Frank was most interested in science and everything related to industrial arts.  He took every course offered in the industrial arts wing of the school including wood shop, metal shop, drafting and power mechanics and subsequently was acting as a teacher's assistant in the industrial arts classes.  Working with other students as a mentor and assisting the teacher, Frank developed a strong ability to relate to others competently. These traits would later serve him well in his professional life. After high school, he started his working career in a print shop for an insurance company where he ran and maintained the printing presses.  Soon the desire to work further with people drew him into the restaurant business.  Starting as a busboy in a 4-star restaurant he worked his way up thru the kitchen into the wait staff and then became a professional bartender by the age of 21. School friendships and family vacations to Maine soon had him packing up and moving to Maine to join friends and pursue his own unique path in life in the state he had come to love so much. Construction work became Frank's next career starting as a laborer and working his way up thru the ranks to lead carpenter and then foreman.  His construction experience covered many varieties of construction including building furniture, remolding homes, residential and commercial new construction. Frank also spent several years working in the specialized area of restoring and reproducing antique homes. He made the transition to home inspection having performed his first home inspection in 1986.  Frank ultimately came to work for HouseMaster and has been with them for over 18 years having completed over 10,000 inspections. Frank is HouseMaster’s senior inspector and has been an invaluable resource in the training of new home inspectors in the process. With over 30 years of experience, Frank is one of the most experienced home inspectors still active in the business.  His long history of performing home inspections complimented by his understanding of people makes him a sought-after inspector by many local realtors as one of the best in the business.  With consistent, high-quality home inspections performed accurately and the excellent delivery of his findings to his clients, he is constantly forming a broader base of satisfied clients who are always recommending him to their contacts for their inspection needs. When not inspecting, Frank can be found learning how to fly a small airplane or flying his remote-controlled drones as his most active hobbies.  He also enjoys training to lead his gym team in events such as the Tough Mudder and working with a personal development group assisting teaching and coaching others in learning to think beyond their limiting beliefs and to pursue the life of their dreams.  In what time is left, he is learning to dance and in warm weather, he enjoys kayaking, bicycling and photography.  Cooler weather tends to lure him to warmer climates these days with frequent trips to Arizona and any place warm although he does still enjoy skiing with his now grown children. While he isn’t getting any younger, Frank has an eye toward the next stages in his life he is most engaged in developing himself to fill new roles in the industry and in creating a business around his drone flying hobby; offering a higher point of view for hire both literally and figuratively.