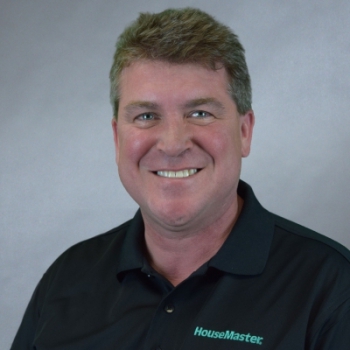 Daryl Justham was born and raised in the seacoast area of New Hampshire, where he graduated from Dover high school in 1984 and then spent the next six months traveling Europe before starting college at the University of New Hampshire. After college at the University of New Hampshire, Daryl started work with Sponge-Jet Inc. as the Technical Services Manager overseeing national and international industrial inspection projects.  Six years of non-stop travel and it was time to move on.  In 1997, after a coincidental meeting at an airport with the local owner of the Housemaster Home Inspection franchise, who was planning his retirement, the move was made.  Now Daryl doesn’t fly but he sure does put a lot of miles on his HouseMaster truck. To date, Daryl has completed over 5000 residential and commercial inspections across New Hampshire and Maine and has performed and reviewed thousands of septic system evaluations.  He is an NH State Licensed inspector as well as holding certification with the National Institute of Building Inspectors. Daryl also maintains a Master pesticide/exterminator’s license and is a NH permitted septic system designer and installer.  Further, Daryl is also a member of the NH Board of Inspectors. Daryl has also provided his insights and experiences to many area newspapers and been interviewed for multiple radio and TV appearances.  In addition, he provides consulting and expert witnessing services throughout the state.