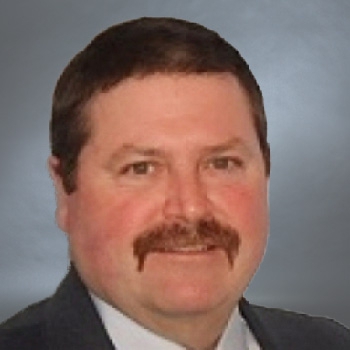 Andy was born in Central Maine where he was raised in North Belgrade, Maine until his college graduation in 1981.  Andy graduated from Messalonskee High School in Oakland, Maine in 1977 then attended the University of Maine in Orono having acquired a BS in Civil Engineering. Through the 70’s he worked at the family lumber mill in North Belgrade where he learned to operate various equipment and machinery in the production of lumber products.  After college graduation,  Andy was hired at Portsmouth Naval Shipyard.  Through his 33 years of employment, he worked in Test Engineering and Mechanical Engineering as well as Emergency Planning and Operations Management.  Through his diverse career path, he learned how to interact with people -- having to communicate directly and supervise individuals, as well as large groups, from the mechanic/engineer level all the way up to high ranking public and military officials.  Andy always had an interest in building construction as a result of the family lumber business and his family constructing their own homes.  This experience allowed him to become comfortable with aspects of home construction such as foundations, framing, finish, siding, roofing, plumbing, electrical, sheetrock, insulation and deck installation.  Andy considers himself a “Jack of all Trades".  His interest in home inspection was sparked by attending an inspection with his daughter during the purchase of her home many years ago.   He enjoyed observing the inspector during the process and as he discussed his findings with his daughter.  The seed was planted! Following retirement from the shipyard in 2014, he was fortunate to meet Daryl Justham, the Owner of the HouseMaster Franchise of Rochester, NH.  He pursued the educational training he needed to become a home inspector and by June of 2014, he was hired at HouseMaster. Andy began as an apprentice inspector where “hands-on” training commenced with the senior inspectors, a highly a talented group of guys who taught him the fine details of the process.  By the end of March 2015 and after participating in nearly 150 home inspections, he was given the handshake and started his independent inspections with HouseMaster.  To date, Andy has performed over 400 independent inspections.  He truly enjoys the uniqueness of home inspection, the client interaction, communication and education that allows each day to be different.  Andy is currently a licensed NH State Home, Inspector, a Certified Residential Radon Measurement Provider, and has completed the NH Granite State Septic system certified evaluator program. Andy and his wife Robin and have been married since 1982 and currently reside in Kittery, Maine. During 34 years of marriage, they have raised three great daughters; Allyson, Samantha, and Alexandria.  All three live in the immediate seacoast area and are very much looking forward to grandchildren! Andy's personal interests are varied.  He likes to fix and build things.  This runs the spectrum of woodworking, metal fabrication, and welding, fixing/tuning small equipment such as lawnmowers, tractors, snow blowers, motorcycles, and snowmobiles.  When time allows, he likes to hunt, fish and go camping with family and friends. Andy is not a person to sit around!